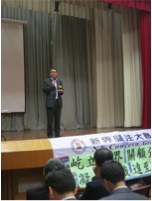 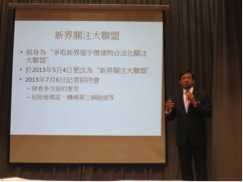 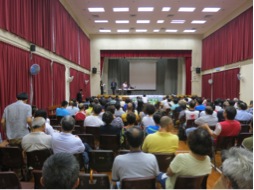 In order to help the local community understand the options available to them after receiving demolition notices from the Housing Department, the Concern Group held a free legal advice talk on 21st August and invited a team of pro-bono lawyers from the Butterflyers Association to provide free legal advice.

Mr. Ho then explained to the villagers that if they received the demolition notice they can go through administration procedures and judicial procedures to protect their own rights and even use this opportunity to buy time.  Nearing the end of the talk Mr. Ho and a team of pro-bono lawyers from the Butterflyers Association provided legal advice to the participants which resolved their problems.